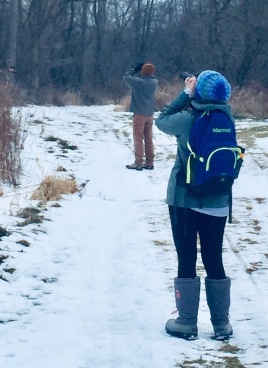 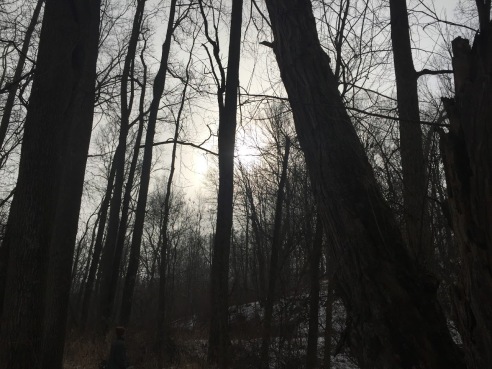 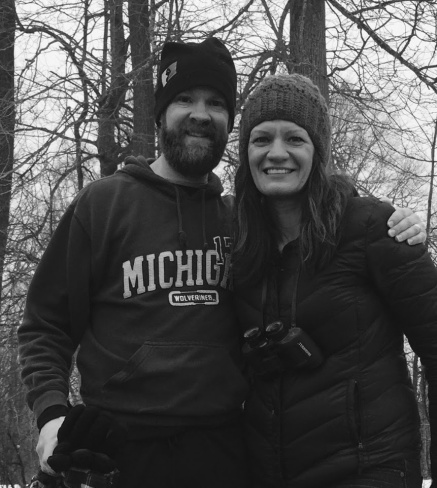 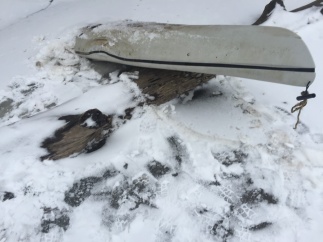 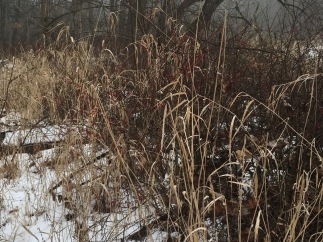 When I started to think about what my new thing would be for January, I decided I wanted to do something that I knew nothing about. I remembered that my sister and brother-in -law, Erin and Dave were really into bird watching. On a whim, I started thinking about what it might be like to go and see why people enjoyed bird watching. Later that evening I texted Erin saying, “This is going to sound really weird, but I was wondering if you would take me bird watching sometime?”

Right away she responded with excitement by saying at all four of us could go. I was honored that she would even consider taking me. I had no knowledge whatsoever about birding. I wasn’t sure if my husband Nate would be interested or not, but I knew he would love the chance to be outside and the idea of walking or hiking would definitely be something that he could get excited about. Within minutes we had a date! We were excited to go to church together Saturday night and tackle our adventure on Sunday morning. It was already turning out to be a great weekend to get together with family and afforded us time for worship and enjoying the outside together. Plus, our kids would get to enjoy their cousins two days in a row. Venturing out beyond our regular church service and visiting a new church was pretty cool. The pastor told his story about how he got into ministry, and also talked about being fishers of men. I realized at that fishing needed to be on my list of new experiences for the summer.

After doing a little research, Erin decided that Columbus Park about 25 minutes from our house would be a fantastic place to go bird watching. I was most nervous that I would enjoy bird watching. I really wanted to like it, and have it be a great experience that I would remember for a long time. It was interesting to look through Erin’s bird books and checklists about what she was hoping to see. She compared the activity to a treasure hunt. It was neat to predict about what we might be able to find. Considering the mindset of birding to be like a treasure hunt, I now understand one of the reasons people are excited about the activity. On the way to the park I started asking Erin all kinds of questions. I started out by phrasing each question, “This might be a dumb question, or one that shows how little I really know”. But, as she would answer my questions, she would assure me that they were in fact good questions. My mind was like a sponge, and I had an incredible interest in learning everything I could about birds. It was really fun to be curious about something, and really lead me to reflect on the quality of opportunities I give my students and own children to experience pure learning.

Upon arrival, we pulled up near a car that had a number of ultra distance stickers on it. It was so cool to see some of the extreme distances that the owner must be passionate about. Fortunately, we were able to chat with the ultra distance woman who owned the car. She told us all about an adventure race similar to the well known Barkley marathon, that she was putting on in Northern Michigan. And, she also told us about how she was running across the state of Tennessee this year. Just talking to her got me excited to think about the different races I want to do. And, watching her begin another lap around the park was pretty awesome. There is something powerful about watching someone in his or her element: especially a runner!

As we ventured out my husband Nate compared the sky to a Scotland fog. It was beautiful to hike in the middle of winter. We ended up seeing a tufted titmouse, cardinal, blue jay, red-tailed hawk, black-capped chickadee, crows and a sparrow. My favorite was the cardinal. I have always been drawn to them- it might be because that is the bird my Grandma always tells me that she sees. Looking at these birds through the binoculars was pretty cool. It had been quite a while since I have spent time pausing and looking at nature through a new lens. When we saw the cardinal again, I didn’t want to just look through the binoculars; I wanted to see it up close in person.

Throughout our journey, we also crossed some pretty rugged area.  After being assured that it was safe, I went along with the group and crossed a frozen river. I felt pretty proud after that. We also saw a kayak frozen in the water. It was kind of fun to let my mind wander and think about how it got there, and what the story was behind it. It gave me a whole new idea for writing prompts and photography in the classroom!

As I look back on my first experience as a bird watcher, I have fond memories. It was exciting to be there in the middle of such a beautiful park with two experts on birds. The experience also made me aware of the fact that I don’t go for enough walks and hike nearly enough. The morning hit all of my senses, which is why I still remember so many details about it. It was truly a simple experience, but when I look back it is one that really taught me about the ordinary things that I miss when I don’t slow down to see things I have never “really looked at before”.